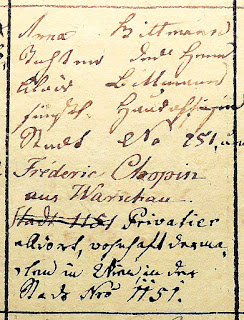 Alexander Steinkeller's second godparent Anna Bittmann (1803–1854) was chosen, because she was a cousin of the child's father Peter Steinkeller. 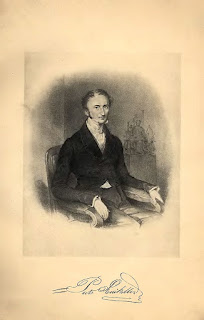 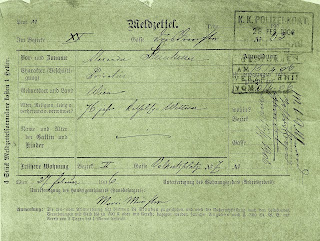 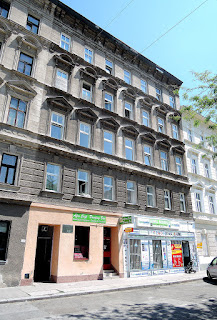 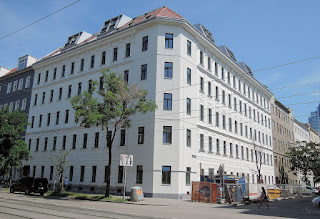 Because of a complete renovation of the apartments on the first floor in 2019, which included the merging of two apartments into one, the original door of Steinkeller's last apartment does not exist anymore. 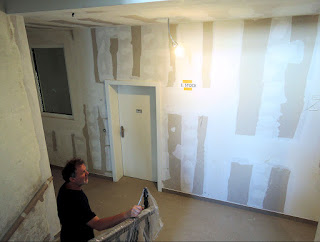 On 10 April 1906, Alexander Steinkeller wrote a will in which he bequeathed all of his property to his housekeeper Karoline Vetschy. This will was written on the official letter paper of Steinkeller's employer, the Moscow Fire Insurance Company. 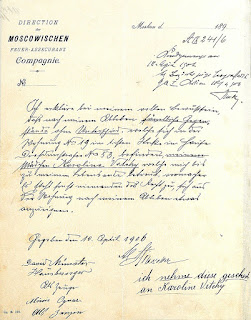 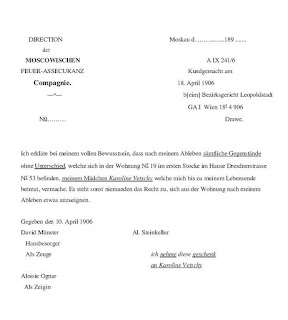 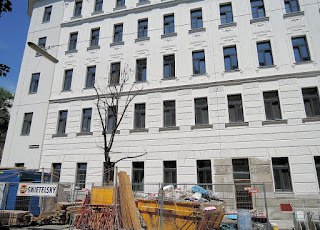 On 17 April 1906, Steinkeller's burial was entered in the records of the Zwischenbrücken parish. Since the note in the death register is somewhat contradictory, it is not clear which spiritual ceremony was conducted by the parish priest and if the deceased received a catholic burial at all. The most significant parts of the entry read as follows: "Steinkellner[sic] Alexander, katholisch, Privat, wohnh. Wien, XX. Dresdnerstrasse 53. Witwer, geboren am Dat[um] unbekannt in Wien, ? zuständig unbekannt. [Gestorben] an Selbstmord durch Sturz vom Stockwerke. Im Zentral Friedhofe. Nicht eingesegnet." 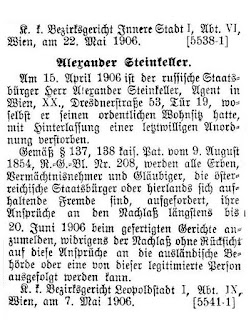 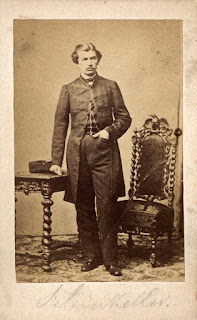 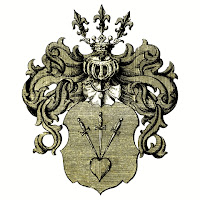 Posted by Michael Lorenz at 6:15 PM No comments: