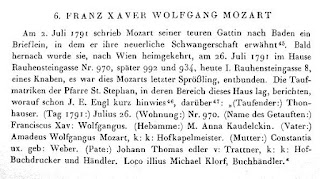 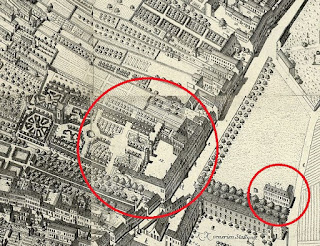 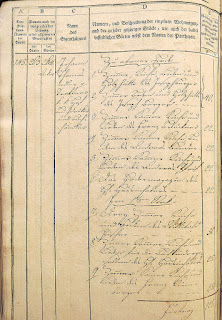 Michael Klopf was born around 1764, son of the soldier Georg Klopf and his wife Gertrud. The fact that Michael Klopf's parents did not get married in Vienna makes it difficult to document his early years and to ascertain his relation to other people of this name. Klopf's earliest appearance in the records is the entry concerning his wedding on 28 October 1787 with Magdalena Holzinger (b. 30 September 1763) in the Piarist Church of Maria Treu.

Klopf's best man was Joseph Kestner, the executive director of Trattner's printing company. The bride was the daughter of Klopf's landlord, the Bavarian butcher Johann Georg Holzinger (1709–1801) who owned the house Josephstadt No. 34 (A-Wsa, Steueramt, B34/25, fol. 77), "Zum Römischen Kaiser" ("The Roman Emperor", today Lange Gasse 36, torn down in 1891). 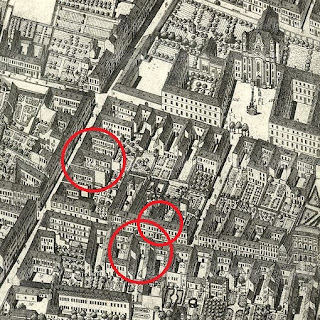 Three of Michael Klopf's documented residences: on the left the house Josephstadt 95, "Zum Weißen Hahn" ("The White Rooster", where Klopf died in 1811, in the foreground Josephstadt 34 where he lived at the time of his marriage in 1787, and above that Josephstadt 100, "Zum goldenen Kranz", where Klopf lived in December 1801 at the time of the death of his father-in-law. The Piarist Church of Maria Treu is at the upper right (W-Waw, Sammlung Woldan).

Michael and Magdalena Klopf had only one child, Joseph Ignaz, who was born on 28 July 1788 (Maria Treu 6, fol. 58), but already died of hydrocephaly on 7 August 1789 (Wiener Zeitung, 12 Aug 1789, 2059). On 1 April 1788, Joseph Holzinger, an employee of Vienna's tobacco tax office, got married at St. Peter's Church in Vienna. His brother-in-law, the "Rechnungsführer in der v. Tratt[nerischen] Hauptbuchdruckerei" Michael Klopf signed as best man. 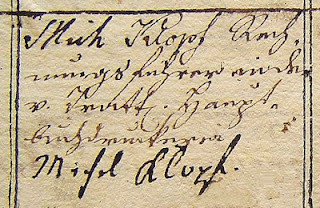 After Johann Thomas von Trattner's death on 31 Juli 1798, Michael Klopf stayed with the firm which was taken over by Trattner's grandson Johann Nepomuk Thomas (1776–1845). On 11 April 1805, Klopf and his wife Magdalena signed a belated marriage contract which amounted to an agreement of conjugal community of property and mutual inheritance. 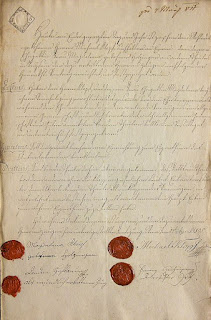 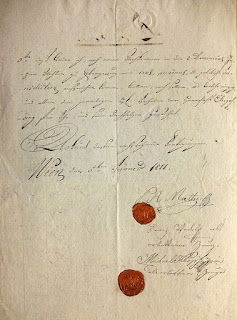 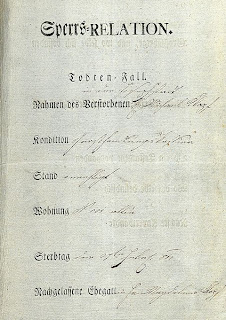 Klopf's estate was estimated at 2,513 gulden. It consisted of 2,020 gulden in cash, a silver watch worth 25 fl., 219 fl. in clothing and linen plus 249 fl. in "Hauswäsch" (table clothes and sheets), and furniture. On 1 March 1811, Michael Klopf was buried in the Schmelzer Friedhof. It was not possible to determine the date of death of Klopf's widow. She probably married again after the death of her first husband.

Owing to the fact that the date and the location of the wedding of Klopf's parents are still unknown, it was not possible to determine Klopf's genealogical relation to several other individuals of that name who lived in Vienna in the eighteenth century. The most interesting among them is the violinist and dancing master Lukas Thomas Klopf (20 May 1724 – 17 February 1780), brother of the musician Mathias Klopf (1722–1798), and son of the chocolate maker, confectioner and musician Johann Andreas Klopf (ca. 1695–1752). 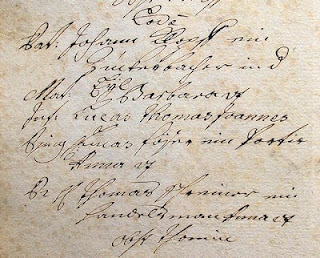 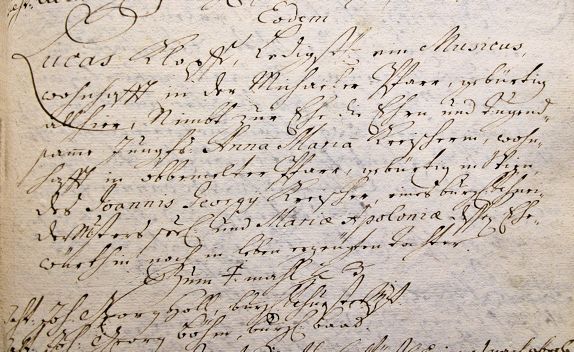 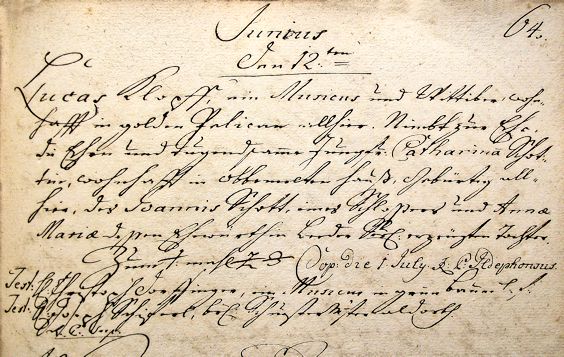 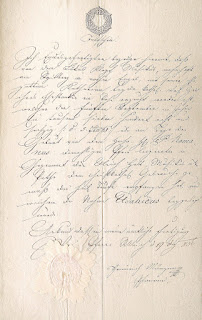 Ulrich Klopf's birth certificate from the file of his printing company in the holdings of the commercial court (A-Wsa, Merkantil- und Wechselgericht, Fasz. 3, 1. Reihe, K 483). 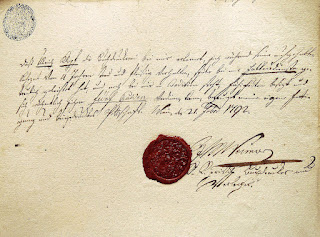 A certificate, issued on 21 February 1792 by the printer Johann Martin Weimar, stating that Ulrich Klopf has learned the printing craft and as Weimar's employee has a secure monthly income of five gulden (A-Wsa, Mag. ZG, A3, 637/1792). This document was issued on the occasion of Ulrich Klopf's upcoming wedding on 24 April 1792 (A-Wd, Tom. 78, fol. 15).

Posted by Michael Lorenz at 1:16 AM No comments: