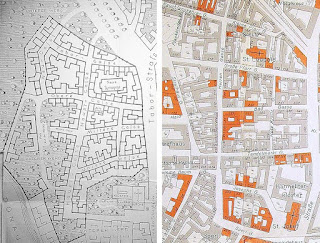 Various circumstances, such as the Jews being falsely accused of having caused the fire at the Hofburg in the night of 23 February 1668, as well as a vow, taken by Margarita Teresa, bigot wife of Leopold I, caused the Emperor to comply with the decision of the Vienna City Council to expel the Jews and have the ghetto closed. In July 1669 the first, in August 1669 the second order of expulsion was decreed. More than 1,600 individuals had to leave the city. Only a small number of wealthy and influential Jews remained who tried everything possible to make the Emperor reconsider his decision. By 26 July 1670, the ghetto had to be completely evacuated and, as of August 1670, all Jews had left Vienna. Their houses were sold at a loss of 52,858 gulden. St. Leopold's Church was built on the foundation of the new synagogue and consecrated on 18 August 1670 in the presence of the whole court and all ambassadors. In 1675 the remains of the old synagogue were used to build St. Margareth's Church. Only one cultural site could be preserved: for a sum of 4,000 gulden the City of Vienna agreed to take care of the Jewish Cemetery in the Roßau. Although the expulsion of the Jewish community had disastrous long-term consequences for Vienna's economy, the court chamber was unable to convince the Emperor of the necessity to have the Jews return to Vienna. Leopold stuck to his conviction that this issue had to be considered "first theologically, then politically, and only last economically". The negotiations were not successful, the return of the Jews in huge numbers and a reestablishment of a Jewish community never came to be. Only individual permits were granted. In later times the Leopoldstadt became the favorite area of Jewish residents, but there never was another Jewish ghetto in Vienna. 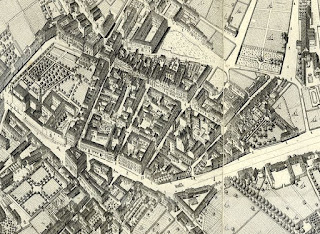 The former area of the Jewish ghetto in the Leopoldstadt on Joseph Daniel von Huber's 1778 map of Vienna. On the left is the Carmelite church of St. Joseph, on the right the church of St. Leopold which was built in 1670 on the site of the synagogue (W-Waw, Sammlung Woldan). 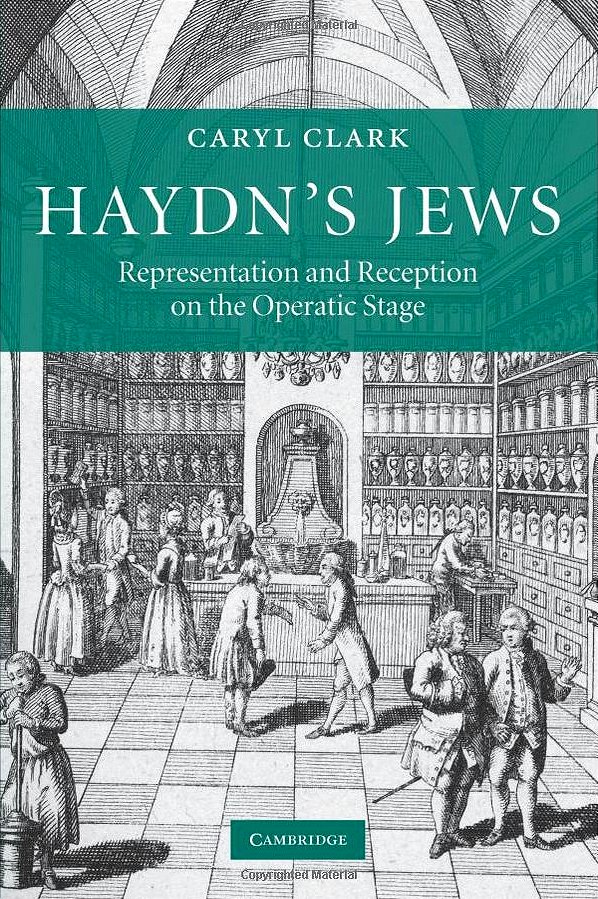 In this book Clark presents several interesting ideas concerning some of Haydn's musical works and the Jewish communities in the composer's immediate environment. The book's central hypothesis is that the title character of Haydn's opera Lo Speziale (The Apothecary), composed in 1768 to a libretto by Carlo Goldoni and first performed at Eszterháza, is an encoded representation of the typical "stage Jew" of the time, and would have been recognized as a Jew by contemporary audiences. Devoting a long chapter of the book to Haydn's masses, Clark also tries to show that Haydn composed the Missa brevis Sancti Joannis de Deo (written ca. 1773–76) for the Barmherzige Brüder (the Brothers Hospitallers of St. John of God) who were interested in converting Jews as part of their mission. Clark tries to support this theory on the basis of the omission of a line "Et in unum Dominum Jesum Christum" from the Credo which she suggests was omitted to make the Mass more acceptable to Jews in the process of conversion. This secenario appears even less tenable considering the fact that in 1670 not a single Viennese Jew had converted to escape expulsion. 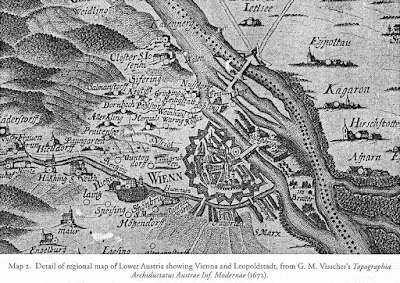 
After explaining the origin of the term "ghetto" Clark continues.

Clark's book received a number of positive reviews, but the two only real experts among the reviewers, Jeanne Swack and Bruce Alan Brown, more or less thrashed it unmercifully. In her review in Musica Judaica Online Reviews, Swack described most of Clark's forced arguments as untenable. Swack pointed out that there simply are no secretly-encoded Jews in eighteenth-century opera, and that the authors at that time went out of their way to make sure the audience knew the character is Jewish. The characterisation of these figures is generally so unambiguous that Haydn's "veiled Jews" are not awaiting a twenty-first-century unmasking. Concerning the concept of "conversion masses with missing lines" (which is a very labored concept to begin with, because the attendance of Jews at a performance of a mass is never proved), Swack argued that the line "Et in unum Dominum Jesum Christum", which is also missing from the Credos of three other Haydn masses, including the late Theresienmesse, is hardly the only line in the Mass ordinary that Jews would find objectionable. Bruce Brown, in his review in the Journal for Eighteenth-Century Studies, was very polite, but unforgivingly pointed out all of the book's flawed arguments, factual mistakes and funny translation mishaps. Brown addressed the basic incompatibility of Clark's ideas that "converts were attracted to the incomprehensible 'Mauscheln'-like polytextuality of the Credo, yet also somehow could tell that Haydn had omitted a crucial article of belief in its text". Brown concluded his review as follows: "However well-intentioned this book's author may be, it is distressing that she does not let the evidence lead where it may, but instead feels compelled to twist the reader's arm at nearly every turn." 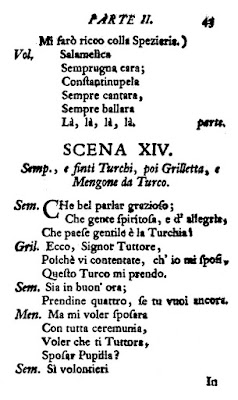