The article with the above title, which I co-authored with Dexter Edge, has just been published online in the journal Eighteenth-Century Music. 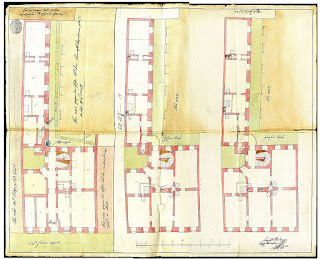 A plan of the house Zum Rothen Säbel from 1802 showing its long wing that is (as Leopold Mozart put it) "one thousand paces long and one pace wide" (A-Wsa, Unterkammeramt, A33, alte Baukonsense 5618/1802).

Posted by Michael Lorenz at 12:56 PM No comments: