In June 2009 the German magazine Der Spiegel reported that the German musicologist Klaus Martin Kopitz had "found proof" that the singer Elisabeth Röckel (1793–1883), who in 1813 became Johann Nepomuk Hummel's wife, was the woman for whom Beethoven wrote his famous piano piece WoO 59 Für Elise. Kopitz claimed that her name being given as "Maria Eva Elise" in a baptismal entry of her first son Eduard in 1814 proves that "Mrs. Hummel called herself Elise" and since she was known to have been on close terms with Beethoven – who according to Anton Schindler once had intended to marry her – "there could be no doubt that the old riddle of the dedicatee's identity had finally been solved". Kopitz's shaky hypothesis suffered a fatal demise in 2011 when I published my article "Die 'Enttarnte Elise'. Elisabeth Röckels kurze Karriere als Beethovens 'Elise'" ("'Elise Unmasked'. Elisabeth Röckel's Short Career as Beethoven's 'Elise'") (Bonner Beethoven-Studien 9, 2011, pp.169-90). By scrutinizing archival sources, most of which had remained unknown to Kopitz, I was able to show that Kopitz's tortured hypothesis was based on no real evidence and could not be upheld. 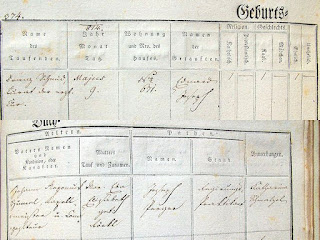 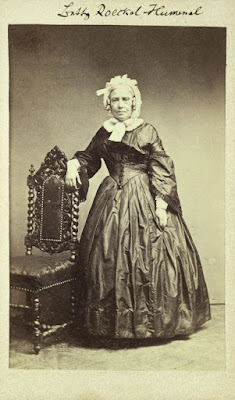 Johann Nepomuk Hummel's widow on a photograph by Ignaz Frisch taken around 1860 in Weimar. Note the telling inscription "Betty Roeckel-Hummel" (A-Wn, Pf 8.739 : B (1)). 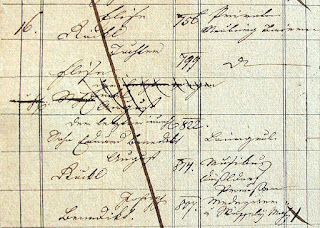 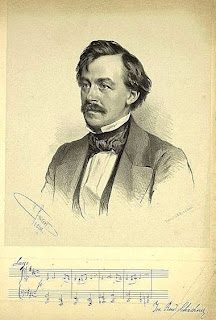 
The main stumbling block for Kopitz's untenable identification was of course the fact that in no way Frau Hummel could be connected to the autograph of "Für Elise" in Munich. How did the autograph make its way from Weimar to Frau Bredl in Munich before 1865? Until her death in 1883, Hummel's widow kept the lock of hair which she had cut from Beethoven's head on his deathbed, as well as Beethoven's last pen that she had received as a gift in 1827. And the autograph of a piano piece which had been "dedicated to her" should have been of so little value to her that she lightly gave it away? Kopitz never was able to explain this paradox and all his attempts to produce a biographical connection between the families Hummel and Malfatti failed miserably. None of his musings could be backed up by actual evidence. Kopitz published a book, describing himself in the blurb as "currently one of the most renowned Beethoven scholars" and he continued his online propaganda campaign, using several pseudonyms on Wikipedia (where two of Kopitz's pseudonyms were eventually banned from Wikipedia owing to sock puppetry). His media activities culminated in an unintentionally funny appearance in a German TV documentary, where he was staged as "eminent Beethoven scholar doing research in Vienna" in the evacuated reading room of Vienna's Universitätsbibliothek, a library that is not frequented by musicologists.

Maria Eva "Elisabeth" Röckel was not the last candidate to be presented as "Beethoven's Elise" and "the solution of the mystery". Time and again, the urge to make headlines in the press (or, as I put it in German, "der Fall in die Zeitungsspalte") with over-optimistic and half-baked research, simply proves irresistible to researchers. Some of them obviously lack the necessary epistemological education to distinguish between proven scientific facts and imaginative hypotheses, and make fools of themselves by calling themselves "Miss Marple of musicology" by presenting a porous theory as "new solution". They are unable to understand that the name "Elisabeth" and a woman's personal acquaintance with Beethoven are not enough to identify her as "Beethoven's Elise". The identification hinges on the person's direct connection to the lost autograph of the Bagatelle WoO 59 in Munich. Up to now, only two women named Elise have been shown to have had such a close connection: Josef Rudolf Schachner's wife Elise (née Wendling) and his daughter Elise Schachner. Therefore – and because I also claim the right to present a hypothesis – I have already suggested some time ago that the dedication "Für Elise" on the autograph was not written by Beethoven at all. The composer only wrote the words "am 27 April [1810] zur Erinnerung von L. v. Bthvn" and the dedication "Für Elise" was added by Schachner decades later when he gave the autograph as a gift to his wife or daughter. This scenario – curious as it may seem – is still more likely than the two wrong dedicatees that have been presented so far. All the people involved in my theory had direct contact with the autograph and under the premise of Occam's razor the role of Elise Schachner as not Beethoven's, but "Schachner's Elise" looks quite reasonable.

Because the most important sources concerning Maria Eva Hummel's name have all been presented in my article, I have little to add to my arguments, except for three previously unknown documents which I shall publish here. Two of them I discovered within the last two years and one I simply failed to remember in 2010, because I had already found it much earlier.

First, I was able to unearth Hummel's application to the Vienna Stadthauptmannschaft (the Vienna Captaincy) to be granted permission to get married. This significant and previously unknown document in the composer's own hand also proves that in 1813 Hummel called his bride "Maria Eva". 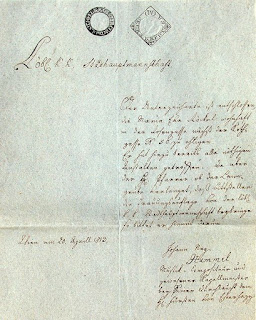 
Laudable City Captaincy.
The undersigned is determined to marry Maria Eva Röckel, residing at Rosengasse No. 56 [today Fillgradergasse 8] next to the Kothgasse. He has made all the necessary arrangements. But since the priest of the parish ob der Laimgrube requests the supplicant to produce a marriage permit from the laudable captaincy, he hereby requests this document.
Vienna, April 20th, 1813 Johann Nepomuk Hummel
Composer and former capellmeister of his excellency Prince von Esterházy


The permission of the Stadthauptmannschaft was granted the same day by the councilor Sebastian Angermayer.

Second, there is an entry in a conscription form of the Theater an der Wien which I already found in December 2005, but forgot to consider in my 2011 article. It proves that in her youth Maria Eva "Elisabeth" Röckel, together with her older brother, the singer Joseph Röckel (1783–1870), lived as a foster child in the home of the familiy of the diplomat Felix Milder and his daughter, the soon to become famous opera singer Anna Milder-Hauptmann. 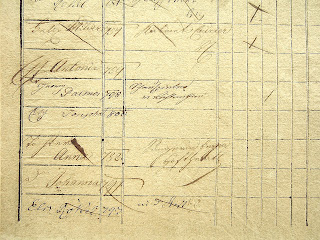 One of the conscription sheets of the Theater an der Wien (Laimgrube No. 26) from between 1807 and 1810. From top to bottom: the singer "Jos[eph] Rökel kk Schauspieler ledig", Felix Milder (b.1754) "Kabinets Courier W[ien]" and his wife Antonia (b. 1759). The actor Georg Palmer (1796-1830), "Schauspieler v Liechtenthal" (whose real name was Georg Frall with his actress wife Josephine, née Demmer (1795-1863) (the entry of the Palmer couple dates from after 3 November 1823, the day of their wedding). Then follow Milder's two daughters, "Tochter Anna (b.1782[sic]) Sängerin beym Hoftheat[er]", "d[etto] Johanna (b.1797[sic])" (the future composer Jeanette Bürde) and finally "Elis[abeth] Rökel (b.1793) in d[er] Kost" (in boarding). The name "Elis[abeth]" of course proves nothing, because – as stated above – it is of secondary relevance for the identification of "Beethoven's Elise". (A-Wsa, Konskriptionsamt, Laimgrube 26/7r)
Third, there is an another entry in a conscription sheet which I discovered in 2011. It shows that in the 1830s, Hummel's son Eduard was employed as intern in the music publishing house of his father's friend and publisher Tobias Haslinger. This employment is also documented in Hummel's letter of 30 January 1832 to his former piano student and  patron Carl Emanuel von Liebenberg de Zsittin (1797–1855) in which he writes: "Ich bringe meinen ältern Sohn Eduard zu Haslinger nach Wien um dort das Musikhandel Geschäft, dem er sich widmen will, zu lernen und zu prakticiren." ("I am sending my older son Eduard to Haslinger's in Vienna to learn and practice the music business to which he is willing to dedicate himself."). Owing to Eduard Hummel's various character flaws, his apprenticeship was ended in November 1834.


The "Elisabeth carousel" in the Röckel family saw a late highlight in the appearance of Maria Eva Hummel's grandniece Elisabeth, a renowned actress, who called herself Louisabeth Röckel. 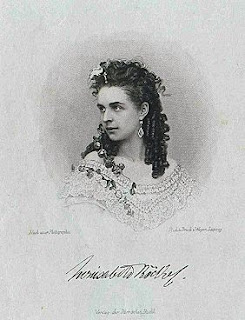