In his article "The 'Effective Passage' in Mozart's 'Paris' Symphony" (Eighteenth-Century Music, 9/2012), Matthias Range deals with the meaning of the words "mitten" and "auf die lezt" in Mozart's letter of 3 July 1778 tohis father and their translation by Emily Anderson, Robert Spaethling and Stanley Sadie. But the real blooper in all three published translations of this letter goes completely unnoticed. 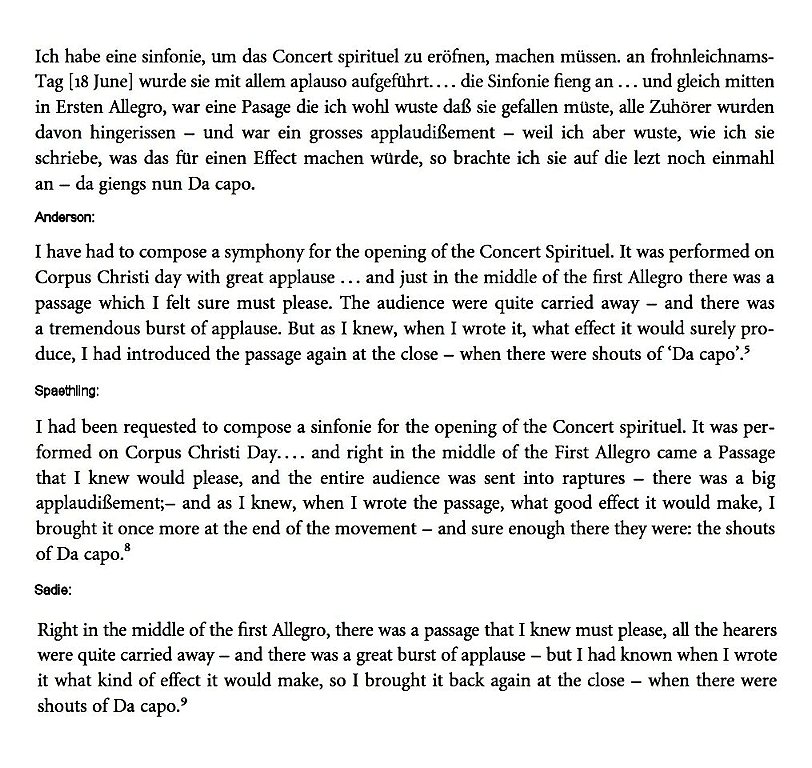 There were no shouts of "Da capo". Shouts of "Da capo" would have been totally out of place anyway at this moment, because this already was the Da capo. Mozart does not refer to what the audience shouted, he is describing how it burst into applause for a second time. Here is the correct translation of the last sentence of this passage in Mozart's letter:

Posted by Michael Lorenz at 1:08 AM 3 comments: